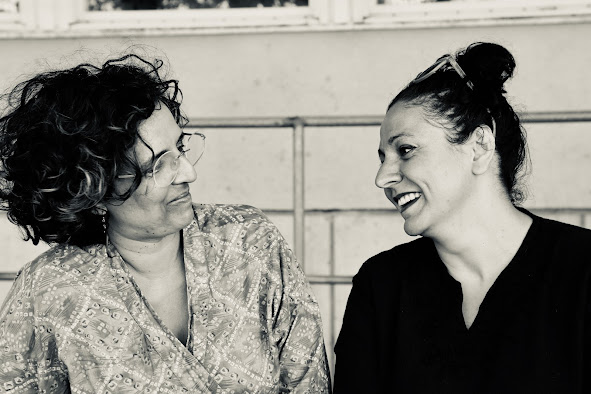 Or so they say. This weekend, Dazed flew out to Lagos, Nigeria for the third annual MTV Africa Music.

Awards and spent a few days and some late nights meeting rap, R&B and kuduro superstars from across Africa: names like Banky W, Fally Ipupa, Daddy Owen, Cabo Snoop and Radio & Weasel, from Angola to Uganda, Democratic Republic of Congo and beyond, all huge stars in their own countries, selling truckloads of records despite rampant piracy and a rickety music industry. These guys are kind of the Jay Zs and Snoops of Africa, basically.

Ful is a queer feminist art collective based in Sweden that through an intersectional understanding of the art event/occasion, produces performances, exhibitions, publications, podcasts and curates talks and meetings. Ful (founded 2008) consists of artists and activists that are working with analysis, theory and knowledge formation through art based on queer feminist ideas, decolonial practices and postcolonial aesthetics. Ful has worked both in Sweden and internationally, with amongst other things their award-winning art magazine Ful and internationally touring and award-winning performances such as Europa Europa and Mothers’ Manifest.

Finding Sisterhood is a surface, a platform, a practice that both presents, makes and widely creates a language for artistic practices that instead of discussing whiteness draw inspiration from communities working with decolonisation. This project derives from a need and necessity to mobilize a movement or to name aesthetic practices that are flourishing and constantly contributing to the contemporary development of dance and performing arts, but rarely given centre stage and barely visible in our history and archives.

Finding Sisterhood wants to create a space, a platform and a practice that presents, makes  and creates a further language for artistic practitioners who, instead of discussing whiteness and cis and heteronorms are in dialogue whit their own communities working with queer expressions, decolonizing actions or re-indigenizing art.

Rani Nair and Nasim Aghili talking about two of their projects in the queer feminist art collective Ful and their work with the audience/participants.
Finding Sisterhood is a decolonizing and queer mapping of contemporary dance and performance arts. The project wants to create a space, a platform and a practice that presents, makes  and creates a further language for artistic practitioners who, instead of discussing whiteness and cis and heteronorms are in dialogue with their own communities working with queer expressions, decolonizing or re-indigenizing. The Baba Karam project consists of participatory dance parties that evolve through and originate from the Iranian dance style Baba Karam and its use of masculine drag. Inspired by women-only and other separatist parties, gatherings are staged with both performers and guests (audience) where queer desires and western norms concerning dance and drag are overturned. Baba Karam is participatory both in its form and in its way of including civil society in the process and production. 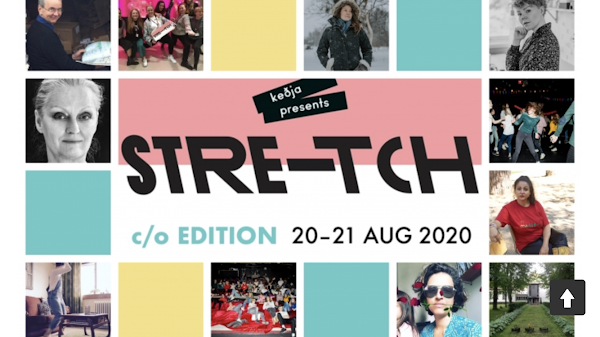 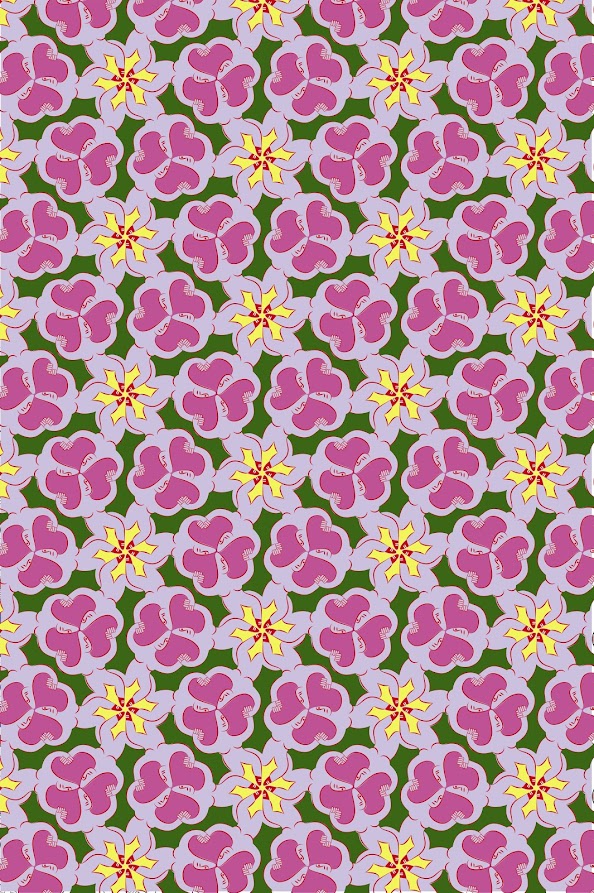 March 2021 at MDT in Stockholm

We have the pleasure to announce that the evening will be graced with the performance art duo Fannie Sosa & Navild Acosta and their new piece “Pleasure against the Machine” that we’ll be viewing via link.

Sosa & Acosta are the duo behind the highly acclaimed performance piece “Black Power Naps” and they’ve been written about in several international magazines and visited a great number of art scenes and we can’t be more excited for their first viewing in Sweden with “Pleasure against the Machine”.

“Pleasure against the Machine” is a poetic and melodic 45 min conversation & duet between the artists delicately unpacking the uses of pleasurable methodologies to spite pleasure mining machines/mechanisms in the times of The Rona. Join them as they prose, sing and jam on the subjects of Libidinal Impulse, Skin Hunger, Platonic Touch, soothing sensory baths and more. After the viewing of “Pleasure against the Machine” Fannie Sosa & Navild Acosta will host an online conversation (ca 30min) with the audience. DON’T MISS OUT!

The night also presents the precarious libertines Antiffa Vänsterfitta & Butcharnas Butch who with a bang invite us to their mobile Gay bar and Service area for accomplices and comrades. They offer food, beverages and the performance “Butcharnas Butch stepping on the grave of masculine hegemony”.
Once in a lifetime opportunity!

Finding Sisterhood is made in cooperation with MDT, Stockholm and with support from the Swedish arts council, The Swedish Arts Grants Committee, the municipality of Lund and Stenkrossen´s Maxi grant 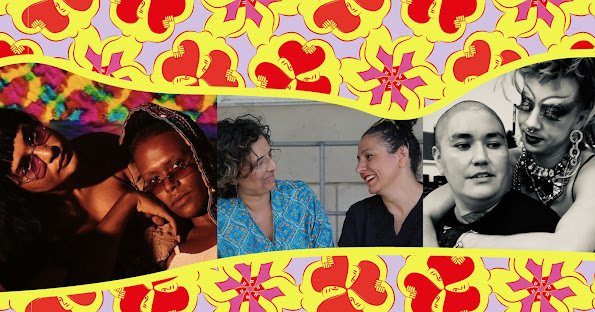 Amanda Piña is a Mexican-Chilean-Austrian artist and cultural worker living between Vienna and Mexico City. Her work is concerned with the decolonisation of art, focusing on the political and social power of movement. Her works are contemporary rituals for temporary dismantling the ideological separations between modern and traditional, the human, the animal and the vegetal, nature and culture.

"The Hami project" by Jafar The Superstar!
Jafar The Superstar is a queer performance artist, tarot reader and diva based in Stockholm. They’re soon releasing their first sexy EP that promises lots of naughty Persian pop-fusion!

Zwoisy Mears-Clarke; "I am a choreographer of the encounter. My personal immigration background –– from Jamaica to the United States, and from the United States to Germany –– sensitized me to the many social structures that fracture and alienate people from one another. What is it that’s blocking us from meeting one another as we actually are? I use the expanded potentiality of the choreographic space to confront the forms of oppression that sabotage human interaction both structurally and interpersonally. Dance offers us temporary environments that can suspend the everyday duress of racism, colonial nostalgia, nationalism and prejudice, creating opportunities to move differently. Through choreography, I desire to open encounters that might otherwise seem unreachable."

Karina Sarkissova is a Russian-Swedish choreographer based in Stockholm, graduated in 2012 at the School for New Dance Development in Amsterdam (SNDO) and in 2019 at Dutch Art Institute (DAI). Karina is a cofounder of höjden in Östberga, a house for artistic production. Karina is together with Pontus Petttersson curating the annual festival My Wild Flag. Karinas practice is dramaturgical and curatorial; she has a podcast called Navegante and is regularly working with other artists' work.

Sarah Nakiito (born in Uganda in 1983) is a visual and performance artist living and working in Malmö, Sweden. Her artistic practice brings together various characters who manifest as shapes, traces and memories into her multi-layered works. Sarah navigates through multiple references and fields of knowledge, from textile and fashion history to the exploration of the art of performance and on how a brown body can navigate through it all. Most specifically known for her fashion designs and the elaborate African wax prints, Sarah Nakiito’s practice has evolved in recent years into exploring with historical textile traditions, dyeing and printing techniques that span over cultures and group identities, the possibilities of sculpture and installation and decolonial methods for being and creating. www.sarahnakiito.com

Khamlane Halsackda (choreographer, performer, director) graduated Rambert School in 1998 and was employed by Richard Alston Dance Company. Since then he has worked for Henri Oguike Dance Company, Wayne McGregor/Random Dance, Glenn Wilkinson, Niklas Laustiola, Alicia Herrero, Bonachela Dance Company, 2007 Bank Project, Fabulous Beast Dance Theatre, Art of Spectra (r&d), Shobana Jayesingh Dance Company, Maresa Von Stockert of Tilted Productions and most recently Nigel Charnock + company. His own dance theatre and social comment based performances are focused on creating discussion and debate around identity and what this could mean. He is a member of Nya Rörelsen (The new movement), a collective of choreographers based in Malmö, Sweden.

Maria Naidu's artistry is deeply rooted in dance and rests on solid craft. This combined with curiosity, an interest for development and renewal makes her a multifaceted artist. In her work, Naidu explores the social, emotional and spiritual dimensions that dance can generate. Central themes that have been researched in recent years concern identity, cultural affiliation and ethnicity. www.marianaidu.com

Alyssa Chloe is an internationally recognized dancer/choreographer, hailing from Chicago and moving to New York City to pursue a career in dance. After absorbing and honing her craft in New York's underground club scene, she is one of the leading force from her generation for her mastery of the styles Punking/Whacking and Vogue . She has been featured in numerous videos, films and magazines such as Jacob Krupnick's film Girl Walk//All Day, Dazed Magazine, Dance Mogul to name a few. Currently she is based in Europe and performs internationally and since 2012, Alyssa is an ambassador and leader of the LGBTQAI+ ballroom scene in Gothenburg, Sweden.
www.alyssachloe.com

Moa Matilda Sahlin (born 1974 in Gävle, Sweden) reactivates the post contemporary practice theories through a critical exercise of queer femmes development, in her own body and societal corporeality. Her dance classes and choreographic practice insist on art's central role in society. She repetitively invites to the hopeful serpentine roads, towards the ongoing dream of Utopia. Linkedin Moa Matilda Sahlin MOA kompani, is a proposal to work through choreographic methods in projects, networks, choreographies and conversations.

*Immortality* Paloma Madrid with Yohannes Frezgi I asked Yohannes if he would like to borrow my body and answer the question; How would the art scene/performance art scene look like if you/we should decide? He said, yes. /Language Swedish/ Yohannes Frezgi storyteller based in Stockholm.  Education life "and" Fridhemsfolkhögskolan, Sweden. Paloma de los Andes-Madrid, choreographer, performer, dancer, educator, poetical body investigator. Propose the body as a medium in constant change. Palomas work are constantly exploring the intersection between collaborative art and social choreography, searching for possibilities of the mind and body to disidentificate beautifully. www.rosalesscenkonst.wordpress.com