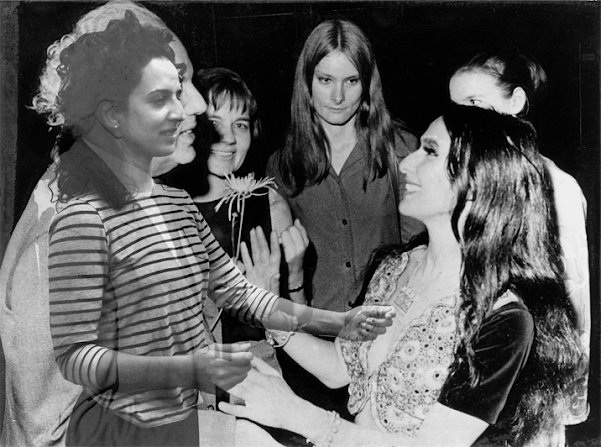 “What you take shall be lost to you

what you give, will remain yours forever”

What does it mean to inherit a dance?

German choreographer Kurt Jooss made his last piece Dixit Dominus in 1975 as a gift for Swedish-based Indian dancer Lilavati Häger, who gave it to Rani Nair to reconstruct in 2003. Future Memory (2012) re- turns to Dixit, this time focusing not on the choreography but on the stories around it. It is a second-order performance — a performance about a performance — that uses the personal responsibilities of inheritance to move towards larger questions of history, memory, and legacy. A review from the premiere described it as combin- ing “Humor, warmth, and intellectual sharpness, all in one.” With a combination of gentleness and challenge, Future Memory embraces the possibility of an alterna- tive history, one in which a “minor” dance takes ten years of another artist’s life, and where insider and outsider are more complicated than we might think. Here both identity and dance history are understood not in terms of Indian versus Western European, but in a hybrid way that uses real and imagined archives to allow for shades of Indianness, Swedishness, and Germanness. Nair’s one-hour solo uses dance, spoken text, film, and singing in more and less spectacular forms. There are moments when audiences are invited to touch and smell. And there is a duet between a hair-dryer and a costume that was never worn in performance. 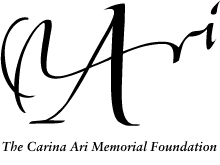 Created during residencies at

The House of Dance Stockholm 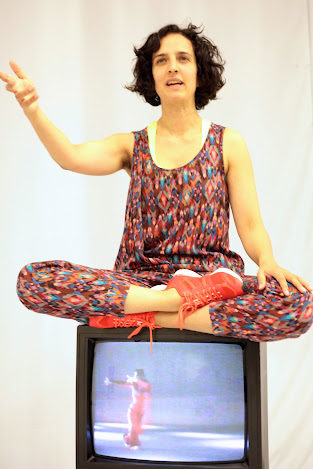 Dixit Dominus was German choreographer Kurt Jooss’s last and least known dance, made over a period of five weeks in 1975 as a solo for the dancer Lilavati Häger, when Jooss had not choreographed a new dance in over a decade. Set to Händel and integrating Jooss’s movement with Häger’s classical Indian training, it consisted of two parts: the first aggressive, greedy and full of false heroism, the second lyrical and based on giving. Because the piece was made as a gift, it is rarely included in Jooss’s legacy, but instead entered Häger’s repertoire of solo performances. Jooss scholar Patricia Stöckemann dismisses Dixit Dominus as initially having been created “out of friendship,” resulting in “a 1976 dance with a breath of Indianness [that] remained in its unadorned innocence nothing more than marginalia in Jooss’s creations.”

Dixit Dominus’s first reconstruction in 2003 by the Swedish-born, Indian- and contemporary dance-trained choreographer Rani Nair was also a gift, this one from Lilavati Häger’s husband, Bengt, who knew that she had always wanted to pass on the work and that, after meeting Nair shortly before her death, Häger mentioned she had found the dancer for Dixit Dominus.

These multiple gifts were mirrored in the message around which Jooss themed the choreo- graphy: “What you take, shall be lost to you - what you give, will remain yours forever.” Nair toured extensively with the reconstruction, which was relatively faithful to the shapes and timing of the older movement with controlled doses of intentional and unintentional anachronism, presenting it, among other places, at Hanoi Opera House and the Centre National de Danse in Paris in 2005-06. Bengt Häger had told her “when you inherit the piece, you inherit everything [to do with the piece],” and yet, wearing Lilavati’s costumes, hearing stories about her, and attempting to do her movement felt at times farther from, rather than closer to Dixit Dominus and its original creators.

So Nair returned to Dixit Dominus in 2009 with Future Memory, this time focusing not on the choreography but on the stories around it. It is to some degree a second-order performance — a performance about a performance — but it is also a project about history and memory, and about the very personal responsibilities of inheritance and legacy that come out of the work itself, but which also surpass it. Whereas Nair had struggled earlier with Dixit Dominus’s ambiguous place outside the canon of dance history, Future Memory embraces the possibility of an alternative history, one in which a “minor” dance takes ten years of an artist’s life, and where insider and outsider are much more complicated than we might think. It is a piece in which tradition is configured in a more hybrid way; not Indian versus Western European, but multiple traditions that fix and release ideas of Indianness/Swedishness/Germanness through both real and imagined archives that are deeply unstable. In this way, Future Memory is based on a past that is not fixed, but rather one with which we constantly negotiate, and through those relationships open potential that builds into the future. 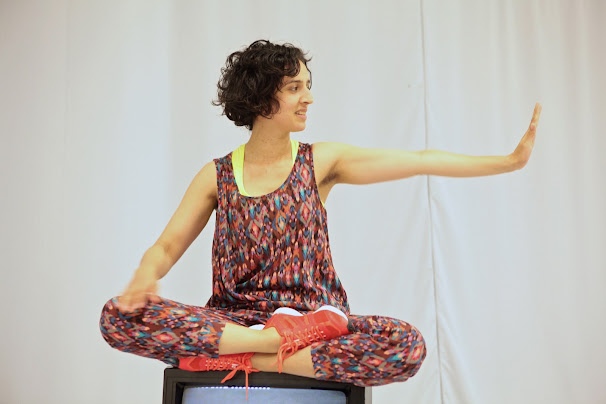 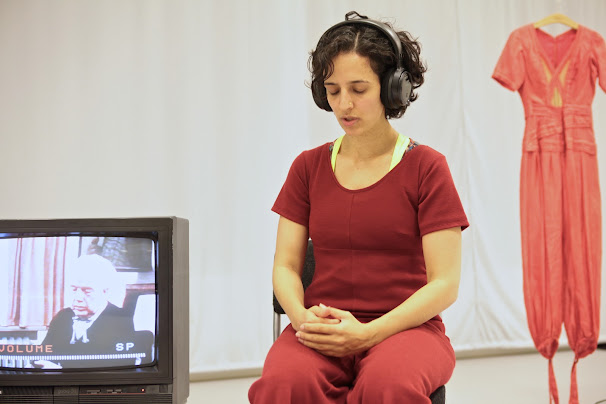 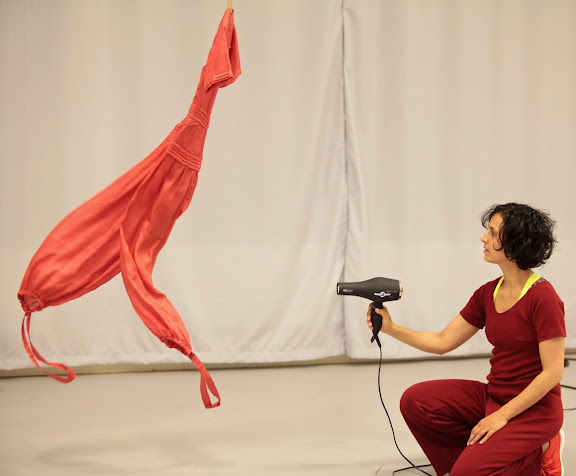 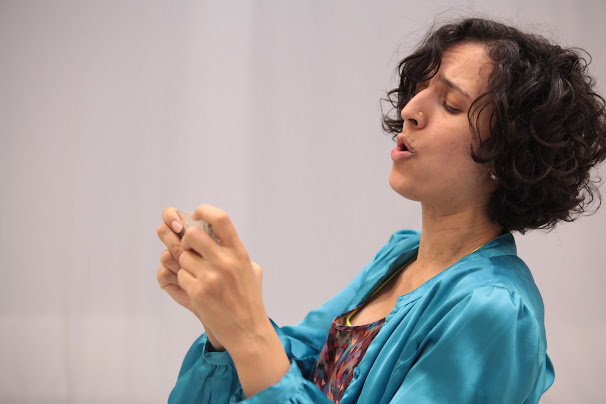 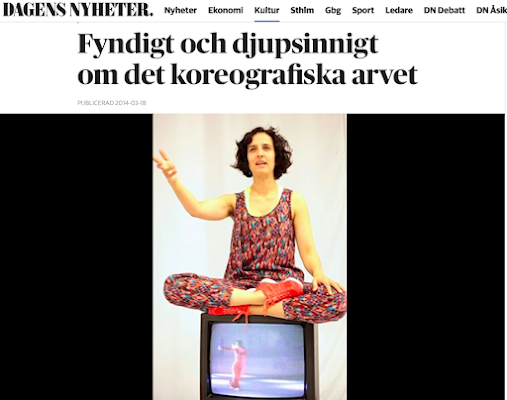 “Future Memory (from 2012) is a layer- upon- layer choreography, a witty and profound dance performance which mingles with a discussion about choreographic heritage that is lively today.” 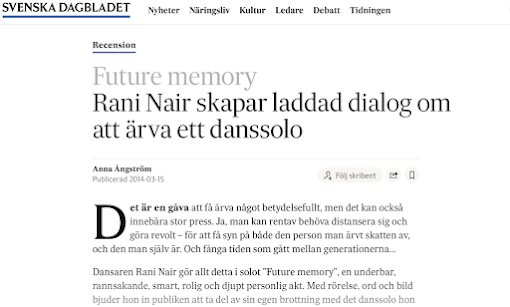 “It is a gift to inherit something significant, but it can also mean a lot of pressure. You may even need to distance yourself and revolt [...]. And capture the time elapsed between the generations ... The dancer Rani Nair does all this in the solo ‘Future Memory,’ a wonderful, soul-searching, smart, funny and deeply personal act.” 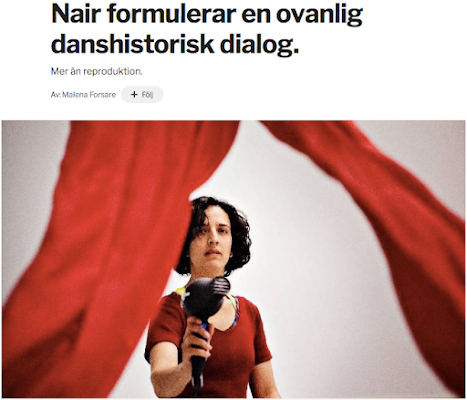 “An unusual dance historical dialogue. Rani Nair’s way to confront herself as a dance historical heir resembles an artistic research project, which includes data collection, critical attitude and an exploratory form of work.” “It is as if she creates a dance’s own “In Search of Lost Time” (after Marcel Proust’s famous novel) - but, in broken modernist form, more than futurism cubism, between humor and sadness, in her own style, which is con- stantly questioning itself, mirroring inward-outward.”

“This is a show with great humor and sincerity that raises questions about ethnicity, identity and artistic creation.”

“I found myself asking: ’Where does Lila end and Rani begin?’ It became an imperceptible line.” 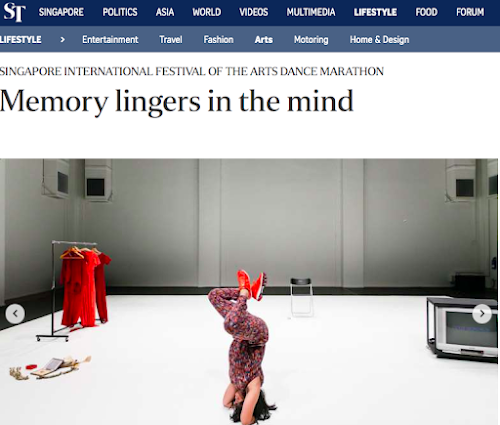 “A warm-hearted, humorous approach to a personality and her legacy, to the dance of another time and the reflection upon it that inheritance is not only a gift.””

“As with Jooss’s work, everything here must have the effect of being particularly simple, unpretentious, and as though improvised. Her ‘dialogue' with a haute couture outfit was especially inventive; she uses a hairdryer to make a dancing partner, into whom she breathes life through currents of air.”

“Nair sought to represent all the layers of her heirloom, which she performs not simply as reconstruction; instead she expands upon Häger and Jooss themselves.” 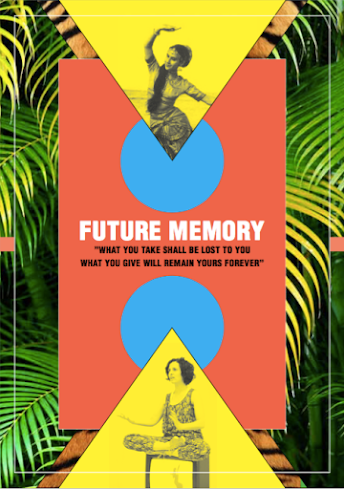 Papers on my work